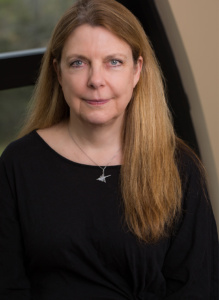 The Savannah Regional Film Commission has much to celebrate! After the entertainment production industry came to a standstill worldwide in 2020, it has rebounded and is stronger than ever. This is especially true in the Savannah region.

Direct spend from film and television production hit a dismal low of $21 million in 2020. However, in 2021 we recorded our second highest year to date at $114 million. Production highlights in the Savannah region in 2021 included an NBCUniversal limited series for Hulu, The Girl from Plainville, the Searchlight Pictures feature film The Menu, an epic Korean War drama featuring two U.S. Navy fighter pilots called Devotion and several independent feature films.

All indications are that 2022 will be our biggest year so far with three major television series and several feature films in prep in the first half of the year.

The Savannah Regional Film Commission is proud to have been the recent recipient of several awards. We were named 2021 Outstanding Film Commission by the Location Managers Guild International for our work on The Underground Railroad, an Amazon television series based on the book by Colson Whitehead. Receiving this award from such a prestigious international organization is not only a huge honor for the SRFC, but a testament to our local crew, businesses, and community members who work diligently to make Savannah a top-rated film production destination.

Savannah was named the number two “Best Small Cities and Towns to Live and Work as a Moviemaker” in MovieMaker magazine’s annual ranking. Savannah has consistently been ranked in the top four since 2015, taking the #1 spot in 2020, 2019, 2017, and 2016. This award shows that Savannah is attractive to filmmakers not only for the lucrative incentives, unique and varied locations, and amazing local crew, but also for the wonderful lifestyle enjoyed in the region while working on productions. In fact, some filmmakers had such a wonderful experience while working in our city that they purchased homes here.

We were also chosen as a SCAD Salutes award recipient for our valuable contributions to the community. We appreciate our partnership with SCAD and their support of the film industry in the Savannah region.

The Savannah Regional Film Commission also supports workforce development programs. We regularly sponsor production assistant training classes for our local community. The classes are taught by a DGA Assistant Director, and the knowledge gained by participants often leads to entry level positions in the industry. We also work closely with area colleges and universities to provide assistance to students.

Another recent highlight is the launching of the redesigned Savannah Regional Film Commission website (www.filmsavannah.org). We are very proud of the new design, and the comprehensive information offered on the site. Producers, studio executives, and location scouts can find information about local and state incentives, search the Savannah crew and vendor database, view location photos, and learn the permitting process for filming in the Savannah region. Having this information easily accessible allows us to showcase the resources available in our area and makes it easy to see that Savannah is the perfect location for film and television production. The website is also a valuable resource for local crew, vendors, and the Savannah community. Crew members can upload resumes and vendors can describe goods and services available to the industry. Location owners can showcase their properties, and the community can view a comprehensive filmography of productions filmed in the Savannah region over the last 100 years. The website is also the place to find the latest film news, as well as crew and casting calls.

We are VERY excited about the recent announcement from the Savannah Airport Commission of the new nonstop route Breeze Airways is offering from Los Angeles to Savannah. Producers and studio executives often mention the difficulties encountered when changing planes on their way to Savannah. Having a nonstop route will allow cast, crew, and production personnel to easily travel back and forth from Los Angeles to Savannah and make our region even more desirable as a film and television production center.

In summary, the future for the entertainment production industry in Savannah is very bright! With the recent progress made, and several studio/stage development projects in the pipeline, we are poised to become one of the leading production centers in the Southeast. We are very grateful for the support of our community stakeholders, including local government entities, businesses, residents, educational institutions, and community leaders. With your continued support we can expand job opportunities and increase the positive economic impact from the entertainment production industry in the Savannah region. We thank you for all you do!

Beth Nelson is the Savannah Regional Film Commission Executive Director. She can be reached at 912.447.4159 or bnelson@filmsavannah.org.